Home / Message from the President of CAM

MESSAGE FROM THE PRESIDENT OF CLUBE AUTOMÓVEL DO MINHO

It is with great satisfaction that I welcome everyone to the Falperra International Ramp, which this year returns to the FIA European Mountain Championship calendar.
One of the most emblematic national competitions and one of the best in the sport at European level. Last year, Clube Automóvel do Minho and the Municipality of Braga surprised everyone and everything with a unique event at all levels: competitive and social.
A milestone in the history of the race that I’m sure will be repeated this year, if not in the same way, maybe even better!
Aware of the organizational skills of CAM and the special affection for this event on the part of the pilots and teams, I can only wish everyone to enjoy the excellent conditions that Falperra has, that they provide a magnificent show and that the best win.
The public deserves the best of the motorsport. 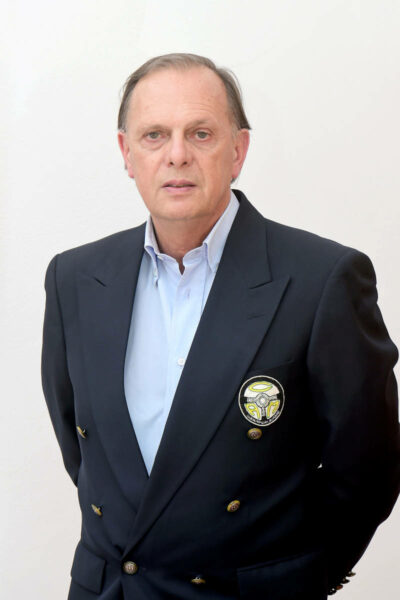 Message from the President of Clube Automóvel do Minho

After an extremely difficult year of 2020, everything is coming together so that this year we can have in Braga the biggest event in European motor sport at the level of Ramps.

We are talking about the FIA ​​HILL CLIMB MASTERS BRAGA, which will take place on the 8,9 and 10th of October and which will bring to us the best classifieds of the respective national championships from around 20 European countries. A true cup of motorsport nations, in which more than a general winner, we will have a winning country, in which Portugal will have an important performance with an excellent and numerous team, from which, many Braga drivers will be a part of. It will be an excellent opportunity to demonstrate the organizational capacity of our Clube Automóvel do Minho, in which we have a very active and important partnership with the City Council of Braga and its autonomous bodies, such as Agere and TUB. We will be able to see in our mythical Rampa da Falperra about 150 drivers and vehicles that until today have never been able to be present and that will leave us truly ecstatic.

The program will start on Friday 8th with the arrival of the teams commanded by their captain, at Arco da Porta Nova, around 6pm, followed by a parade until Avenida Central where they will be presented to the local population on a stage assembled for the event. After this presentation we will have a magnificent spectacle of color, light and music that will take us back to the origins of Braga’s Roman-influenced past.

On Saturday at around 9 am, we will have the start of training sessions that will last throughout the day and on Sunday at the same time we will start the ascents of the race. The awards ceremony will take place in the crypt of the Sameiro basilica on Sunday at around 4 pm, in a ceremony with an excellent view of our city of Braga.

We are counting on the presence of all the thousands of people from Braga who normally travel to the Falperra Rampa to add more color and shine to this event, which will greatly dignify our city of Braga, already used to challenges of this kind, as demonstrated by the organization of Braga European City of Sport.